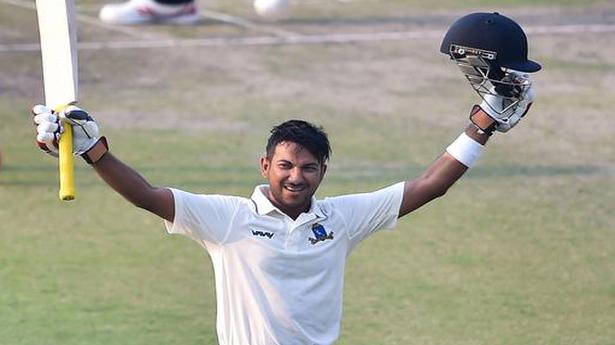 Anustup Majumdar hammered one other splendid unbeaten century to carry out a well-recognized rescue act for Bengal on the opening day of the Ranji Trophy semiﬁnal in opposition to Karnataka on the Eden Gardens right here on Saturday.

Majumdar’s second consecutive hundred (120 batting, 173b, 18×4, 1×6) pulled Bengal out of hassle — from a disastrous 67 for six to 275 for 9 at stumps — within the ﬁrst innings. Familiar collapse Bengal, put in, wanted to see oﬀ the morning session, through which the Karnataka seamers generated motion and utilized stress from each ends.

But the hosts skilled one other acquainted collapse. Abhishek Raman, who grew to become the ﬁrst batsman to be dismissed by way of DRS within the event, was caught behind within the third over whereas making an attempt to drive Abhimanyu Mithun outdoors the oﬀstump.

Majumdar, who saved Bengal on three earlier events, had his plans in place. The 35-year-old mixed with Shahbaz Ahmed to play positively on a floor that had eased out. Majumdar drove superbly and ﬂicked gracefully to relieve the stress with some boundaries. Shahbaz (35, 50b, 7×4) additionally didn’t let any likelihood go waste. Useful partnership The two put up the ﬁrst substantial partnership (72) of the innings as they put stress on the Karnataka ﬁelding.

The exit of Shahbaz, whowas bamboozled by Mithun, didn’t halt Bengal’s progress. Akash Deep (44, 72b, 3×4, 3×6), getting back from an damage, hit three sixes oﬀ Gowtham whereas giving good help to Majumdar. They added a useful 103 runs for the eighth wicket in lower than two hours. Following the departure of Akash, who fell leg-before to Gowtham, Majumdar pulled Mithun to the fence to attain his ninth century.