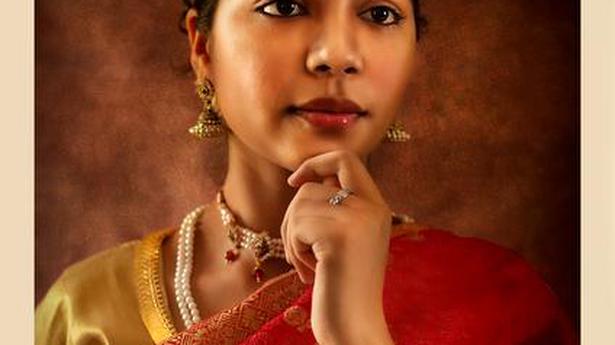 When you take a look at Garima Dixit’s work, you uncover her innate capacity to show images into mini-dramas.

Whimsical, aesthetic and powered by the play of sunshine, Garima’s newest undertaking of recreating famend colonial artist Raja Ravi Varma’s works blurs the line between portraiture and portray, with somewhat assist from the Army fraternity she belongs to.

Garima, 38, not too long ago relocated to Pune from Udhampur, a cantonment city in Jammu and Kashmir. In the years she adopted the drum, shifting throughout the nation along with her Army officer-husband, Garima found the world by the lens of her Canon DSLR after she turned a mom.

“I had post-partum blues and entire months of my daughter growing up went by in a haze. That was when I picked up the camera to document her growth. Her first birthday cake smash image was shared on a mother’s group and I began to get offers to photograph children. Photography saved me,” says Garima over cellphone.

Garima laughs when she says that residing in a city that not many individuals can level on a map didn’t deter work provides from pouring in. “People travelled from Jammu to get their children photographed. By the time I left Udhampur I had taken pictures of nearly every child in the cantonment. I was learning so much and initially I did it for free,” says the self-taught photographer, who was once a software program engineer.

“My daughter is my inspiration. In the three years I worked with my Canon 6D Mark II, I read up all I could find on portrait photography and even set up a home studio.” In 2018, Garima’s portraits gained worldwide recognition with AFNS (for new-born and maternity pictures) and 35Awards.

After her ‘My Dad Your Freedom’ collection portraying the human facet of fathers in uniform and their daughters went viral, Garima wandered into the ethereal genius of Raja Ravi Varma whereas on a go to to the Jayachamarajendra Art Gallery at the Jaganmohan Palace in Mysore.

From the My Dad Your Freedom collection
| Photo Credit:
Garima Dixit

Ravi Varma’s distinct aura of an India passed by, whether or not mythological, patrician or plebeian, are captured in illuminating element. Dramatic and with a play of shade and light-weight, his secular and sacred oleographs hit India like a thunderbolt at the flip of the 19th Century after they had been mass produced and broke the obstacles of caste and sophistication after they had been featured in calendars.

“When I visited the gallery I was drawn to both Ravi Varma and SL Haldankar’s famous Glow of Hope and to how women are represented in our culture. The images stayed with me and one evening when I was at a park in Udhampur observing Army and BRO {Border Roads Organisation} wives and daughters I thought why not shoot a series with them as Ravi Varma’s muses,” says Garima.

She provides, “I had no trouble sourcing the saris and the jewellery as defence wives tend to have every type thanks to their travels across the country.”

Garima determined to recreate eight work and says that organising the shoot took about an hour though the undertaking stretched to a month earlier than the lockdown. “Most of the saris needed to be draped in the nauvari vogue. For some photographs I used strobe lights. I then choreographed the topic in the identical method as the authentic.”

The images are painterly. The gentle captures the conventional stamp of Ravi Varma and Haldankar amalgamating European method with Indian sensibility. Some sitters stare into the digicam shyly, others look away into the distance, with longing. The luminosity of each pearl in the necklace, the deep ruby of the nagpada chain and the swish fall off the sari lend old-world attraction.

While many have recreated these work as images, the place Garima’s non-commercial work scores is that she has understood gentle properly and never used skilled fashions.

While her digicam and her studio travels along with her, placing down roots wherever the Army sends her, Garima says that photographing “people will always be my focus”.