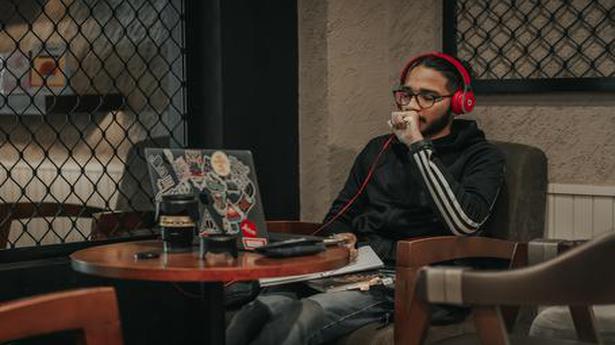 It began with a telephone name. Shagun and Udita have been mulling over the pandemic-induced monotony. The dialogue between the two pals led to the genesis of Letters From The Lockdown, a podcast which shares ‘open letters’ of home-bound folks throughout India.

Inspired by The New York Times’ Modern Love podcast, Udita Chaturvedi had the want to begin one thing comparable, and the lockdown, she says, was “a trigger”. Being a former journalist, she is used to documenting cut up seconds of folks’s lives.

Lawyer-turned-voice artiste and musician Shagun Trisal’s says, “We only have a superficial grasp of how our friends and family, who aren’t living with us, are dealing with the lockdown. We know everyone has difficulties, and most people have even found ways to adapt to the situation, but we don’t know the intricacies of their thought process, or the specific things that may have happened to them that has forced them to think, work and live differently. For me, this podcast embodies my desire to help create a more empathetic world, and its collaborative nature reflects how we’re only coming out of this through cooperation and teamwork, as opposed to a scenario where we are all furthering our selfish motivation.”

The choice to maintain Letters From The Lockdown a podcast was not a lightly-taken one. Udita explains, “Elements from a visual content might take away from the letters or may “dramatise” somebody’s easy emotions. When somebody completed listening to a letter, I wished them to recollect a line that had stayed with them, somewhat than the expression of the reader and even the face of the present’s host.”

Shagun factors out the psychological well being profit of a podcast format, “We reached this point of saturation, where we’re all seeking to rest and calm our minds that are constantly running. To work on a solely audio-based series was, thus, a conscious effort to bring stories to people which they could consume while literally doing anything else, without overloading anxious minds.”

There are particular episodes which stand out to Udita and Shagun. “A lawyer friend (‘Mishika’, episode 3) was working with Delhi riot victims during the lockdown while a 22-year-old young acquaintance (‘Abner’, episode 3) was distributing food and clothes to workers on the highway. And once we started receiving letters, the diversity in experiences was even more visible to us. We heard from a doctor (‘Tish’, episode 4) who’s watching the healthcare system crumble on a daily basis and we heard from another individual (‘Pegasus 42’, episode 2) who’s actually enjoying working from home and hopes the global work culture changes after this pandemic.”

Letters From The Lockdown affords extra than simply story-telling avenues; it but in addition opens the subject as much as a journey of empathy. The lockdown occasions might be lonely and the crew shares, “We feel that listening to strangers’ experiences, through an audio-based platform, feels almost therapeutic, like a peer group therapy session. You learn to acknowledge each other’s struggles; instead of feeling alone, you realise we’re all going through a bunch of emotions during the lockdown; you learn to empathise with others; you tend to share your joy with them and vice-versa, and you even find courage in each other’s stories. And so while we’re all socially isolated in these difficult times and dealing with our own struggles, we’ve all been able to find some comfort in some story or the other while also having our own feelings validated through the words of another.”

The reception they’ve gotten has additionally put a smile on the duo’s faces. “Bhoomika (episode 6), who’s doing much better now, wrote back saying she broke down while listening to her story. Stuti (episode 5) said hearing her word being read out by a stranger was all kinds of strange and lovely; she felt heard and seen. Rudraksh (episode 5) contended that he felt both weird and relieved learning of how other people were also dealing with a multitude of emotions during these testing times.”

How far have they arrive? They admit they’ve gotten greater than 100 tales from throughout the world and so they wish to cowl extra, explaining, “As first-time podcasters with a zero-budget and no celebrity host name or institutional backing, our reach was of course limited to our existing peer circles and to that of some good friends. We’re glad that our podcast and the letters we’ve sourced have not just been limited to metros or Tier I cities, but that we’ve also managed to have letters or listeners from smaller towns like Bhilwara, Faizabad, Waryam Khera, Kochi and even from towns that, to be honest, we’ve never heard of. But if there is a region that has gone largely unrepresented, it would be Northeast India. Unfortunately, our podcast has not been able to reach anyone in those seven states, both in terms of letters or listeners.”

The future of the podcast might be far-reaching, and Udita and Shagun agree. “We’ve actually planned for ‘Letters from the…” as a collection, and ‘Lockdown’ as the theme for the first season,” they are saying, “We want each season to bring a new theme to our listeners. For our first season, we’d initially planned for one episode a week, but even before we went into programming, it was rightly pointed out to us that most people won’t be in a lockdown by mid-August. And in a post-lockdown world, not many would like to reflect on the stories of other people’s struggles from that period. That’s when we decided to release two episodes a week and close the season when it would still be relevant, while ensuring every story got its due.”

Letters From The Lockdown might be listened to at Podtail. You may also discover them on Instagram.